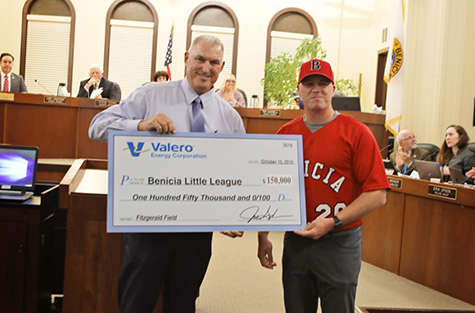 The Valero Benicia Refinery in California capped a year of 50th anniversary observances with a donation of $150,000 from the Valero Energy Foundation to the local little league in a “show-stopping" announcement in front of the Benicia City Council.

Judging by the emotional reaction of a standing-room only crowd of young little league players, their families, league officials and refinery employees, the refinery might have saved the best for last.

Watch a video of the announcement, delivered by refinery Vice President and General Manager Don Wilson.

The grant is seen as a significant step to renovate venerable Fitzgerald Field, which has hosted baseball games dating to 1906, and remains an important historical marker for Benicia residents. Read an account of the donation, and its expected impact on the campaign to restore the “Fitz," that appeared in Benicia Magazine 2.0.

Also, the refinery was honored with a proclamation from the California Legislature for its 50th anniversary, as well as one from the city of Benicia.

Throughout the year, refinery employees observed the refinery's golden anniversary with a series of events including a tree-planting, a luncheon and gala dinner, an ice cream social and a pair additional $50,000 donations to the local community. 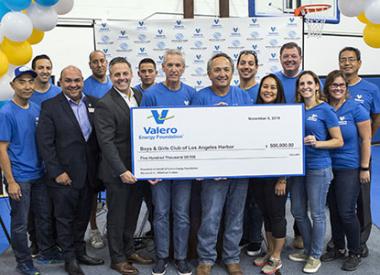 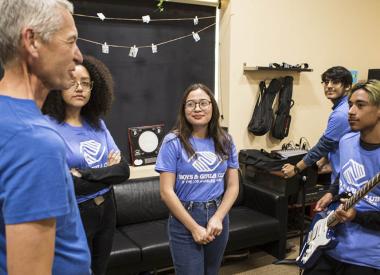